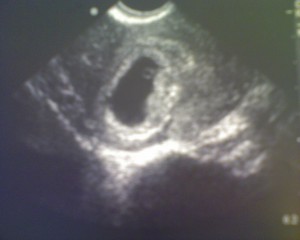 The worst week of my life has officially come to a close.

It’s been 7 days since I learned my baby’s heart stopped. It’s the same 7 days since my own heart stopped. There were so many things I wanted to teach him (I say “he” just because I have no idea if it was a boy or girl. It’s the way the English language works). Sadly, 15-20% of pregnancies end in spontaneous miscarriage (naturally).  The doctor says that due to the age of our baby, it was likely due to a chromosomal problem that happened at conception.

I was so excited about teaching him how to play baseball, how to read, how to treat a lady, and how to handle money. We were going to ride bikes, fly kites, and tell stories. Most importantly, though, I wanted to share Christ Jesus with him.

That can’t happen now. Not with this child anyway.

For years, I’ve been researching the “Age of Accountability” in the Bible, but haven’t found anything to support it. My wife and I had discussed it even before we were married. At one point last year, I requested a CD from a preacher whose PSA on PowerFM had to do with the topic. I listened to it, but found no scriptural basis in his sermon. It was just fluffy stuff. I found solace in the fact that I didn’t have to deal with it.

Last Wednesday, I had to deal with it.

I’ve known that we’re all born in sin. Some call it Adamic sin or Original sin, but we’re all sinners. This alienates us from God. I desperately wanted my baby to be in Heaven with God, but I didn’t know whether or not that was possible scripturally. I turned to a couple of my college friends from Dallas Baptist University. I texted them and they both replied. Before they replied, though, I had been googling it on my own. I had stumbled upon a couple wishy-washy articles about the so called “Age of Accountability” with no scripture to back them up. Then, I found this one on DesiringGod.org. It was the best thing I’ve ever heard. At that moment, John Piper became my favorite pastor ever. Before I could finish reading it, a flood of joy overcame me. I had a lump in my throat so big I’m sure it was visible to anyone who could have seen me. I couldn’t breathe, so I went to get a drink. As I did, my wife was on the phone in the living room. When she saw me in tears, she immediately hung up on whomever she was talking to. The only thing I could say was, “John Piper is my favorite preacher, ever.” Her eyes started tearing up as I grabbed my water and gulped it down. We both went back to the computer and read the article.

I didn’t think I could have it after we lost our baby, but though I ached for my child — I knew he was safely in heaven with Jesus.